Next to making a website, the expositions we held in the school buildings and other subprojects, the students had to in this third phase, and at the same time and in combination with the part interviews, integrate the relevant values /rights in an antiracist, tolerant and pluralist attitude needed for life in a democracy. This we tried to secure in two steps.

‘Therefore one could do worse’, so I began a first lesson, ‘hang on every school entrance, next to a list of tables about poverty in Belgium and the world, the Universal Declaration of Human Rights.’ That way everyone would learn that in 1948 almost all countries agreed in the General Assembly of the UN that all people without exception have, next to well-known rights like the freedom of expression (art. 19), also have the right to a job, the free choice of a profession, just and favorable working conditions and protection against unemployment (art. 23), that everyone has the right to freely move and stay within the borders of every state and leave whatever country, including his own, and return to it (art. 13), and that everyone also has the right to a living standard high enough for the health and well-being of both himself and his family, including food, clothes, housing and medical care and necessary social services (art. 25). Although democracy often is thought to equal a political system with free elections – what it also is – a society in which these rights and others are not secured cannot possibly be called a full democracy, even if it only was because one can’t easily find ones right to utter an opinion in the absence of the necessary standard of living or the knowledge that this is everyone’s right.’ (JWW, p.267-268)

These central (and relevant) values and/or rights the students had to weigh against the concrete political and judicial development of the rights of undocumented migrants over the last decades in Belgium – that for its treatment of refugee children has been condemned by the European Court for Human Rights more than once, and that has been reproached by Amnesty International for not signing the “economic” UN treaty that protects the rights of all labor migrants:

‘When a state chooses not to ratify the Convention it sends the message that it does not recognize the principle of the universality of human rights. For such a state the respect for the human rights of migrants ends at its borders.’ (JWW, p.272)

2. Two lessons about the three year before riots over the Mohammed cartoons made it clear to the students that a) since, according to the hard data of professor R. Pape, not religion but the occupation of the Muslim home countries by alien forces is the root cause of (suicide)terrorism, and b) a scientifically well documented Dutch report showed that Islam can very well be united with democracy and human rights, the UN leader was right to consider Islamophobia of the same type as anti-Semitism and that the cartoons in question were simply distasteful. 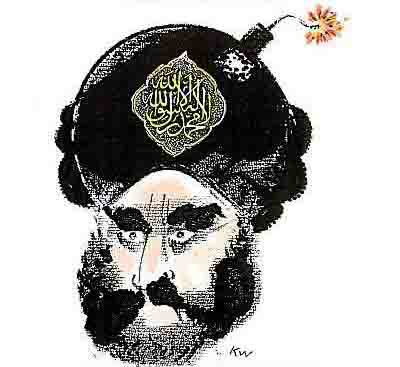 During these lessons in the playmaker course LVB/B we also worked with different kinds of discussion techniques, such as competition debates about relevant propositions (the principle we show here) to sharpen critical thinking, and class or group discussions to integrate the content into an overall perspective:

‘So, one: policy doesn’t always protect those it says it wants to protect. Two: the protection offer doesn’t cover reality anymore and where there is a small opening being made for economic reasons, this is solely out of self-interest. A third series of problems concerns the “arguments” for the “general interest” with which the firm asylum policy is mostly explained and defended. An example: “We cannot seriously give support or social security to people who weren’t born here and never worked here. Should we do this, our social bank would soon be empty.”

Up till this moment the students sat quietly listening, but when I gave this first argument they spontaneously interrupted the class. Sam was the first one: “But, the refugees and undocumented migrants … they all want to work, don’t they? I mean, that is what each and every one we interview told us no? They want to work legally. And when they could they would surely add to this social bank.” – “Yes. And being born here or not, come one, does that really matter? Isn’t that purely accidental?” Jolien said. “They also say, sir …” Julie added, “they take away our jobs. But why is there a shortage of jobs in their countries? Isn’t that at least partly because of the unequal relation between countries, as we have seen?”

Rather than go back to frontal teaching, I tried other arguments. “Don’t you all think it’s unfair competition when they work illegally and that way steal the jobs of Belgians?” Now it was Rob who got angry because I seemed to resist their general opinion: “Well, why don’t they make black white then, illegal legal?! Then they will be fair competitors and employers won’t be able to exploit them anymore. And I’ll tell you something else, is it their fault there aren’t enough jobs around? Shouldn’t politicians take care of that actually? We know so much money escapes taxation … that could very well be used to create more jobs now couldn’t it?! Well, what do you think about that?”

“Okay Rob, okay. I was just summing up you know. But what about this one: “When we would soften policy or open borders more, we will soon be flooded by refugees.” Here it took ‘m some seconds before someone responded. But it was either Lisa either Jennifer who took it on. “I think it’s logical more would come, yes. But can you please repeat what that was, this aging of our population and such … “ I needed to consult the papers, I didn’t have the numbers at hand. “Ah, here it is, page 9., I’ll read it to you: Because of the aging of our population there will be more non working people than working. The United Population Fund calculated that the fifteen original EU member states need per year 1,5 million immigrants to sustain the non working part of society and to keep population in balance until 2050.” – “Well then …” now Paco intervened, “then many more should come no? Then this argument for the “general interest” should be reversed no? And, on the other hand, is Belgium the only country receiving refugees then? Most refugees don’t even reach the wealthy countries.”’ (JWW, p.275-276)

It was clear that these students had distanced themselves from the most common arguments to defend the present policy, and had good arguments to do so. They definitely took sides with those who lacked human rights.