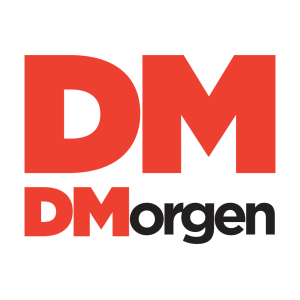 An opinion piece for demorgen.be, 1/09/2017. On the new GO! course Active Citizenship. Here you can read the text of the published piece.

In their opinion piece on the new GO! project for citizenship-education, Ellen Claes and Mies Maurissen (demorgen.be, 31/08) present it in such a manner the reader could conclude it is nothing but a new single course to try and quickly fix the Flemish deficit on citizenship.

To be clear: it is true that only introducing a single course would solve little. Research clearly shows a democratic school culture to be way more important. One should not only look at the curriculum, but also at the democratic values of teachers, the participation of pupils and a purposive school policy that also deals with inequality. In short, the weight citizenship is given in schools is what matters and a single course would in our context hardly change that.

But this is exactly one of the principles of the new project we, in the Commission Active Citizenship, have used. This however has so far not been given its due attention in the media.

So, yes there will be a new course Active Citizenship introduced in the GO! school-system of the Flemish Community, with a learning line built on critical thinking, sustainable society and value development. But the course is also explicitly meant to stimulate a school wide approach to democratic citizenship. Not only through an inventory of what already happens in school or making links to the student counsel or to existing projects. It also delivers the platform for transversal approaches that reinforce the mentioned factors of a democratic school culture.

Transversal approaches such as the WELT approach with learning trajectories for world-citizenship. This method even guarantees the neutrality – non-indoctrination – of the approach and the way to build a functional context of use with partners in the school’s neighbourhood. This way, students can put their knowledge and skills into practice and the general learning process in the curriculum can be strengthened. Partly constructed on the principles of integrated tests in the vocational strand of the Flemish school-system, this approach can also help the school reduce the inequality between the different strands.

No doubt the actual form of the learning line will still be improved upon in this year’s pilot phase. Ten schools will be experimenting with it. At the same time we will support this development with a new Innovation-lab in the Knowledge Centre for World-citizenship of Kleur Bekennen. This will start on the 28th of September with our next conference in Brussels, which will be open to all.

There we will also explain the differences between these initiatives and the LEF proposal for a general course to replace the religious courses, and see how relevant changes in the learning plans of religious courses can be aligned with Active Citizenship.