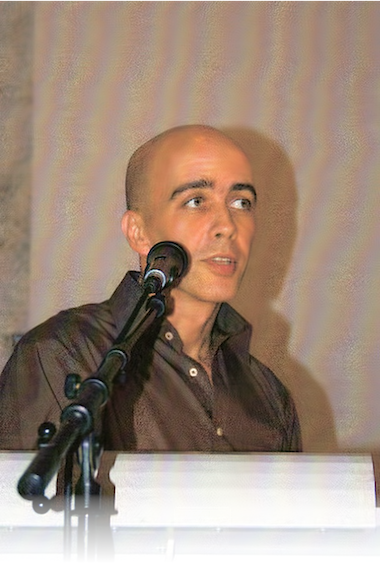 CivicLab develops projects and strategies for (world)citizenship. For schools, civil society and cities.

CivicLab is the personal website of Mark Saey. Philosopher, author of Wereld-systeem analyse. Een antwoord op 1968 (World-systems analysis. An Answer to 1968) and Jongeren worden wereldburgers (Youth become world-citizens). He was a collaborator of the Research Group World-System Analysis at Ghent University and was Blokwatch editor in charge of the Citizen Initiatives. He taught Cultural Anthropology, Theory of Comparative Research and World-System Analysis at Ghent University. He has been a Philosophy and Ethics teacher in the vocational, technical and general tracks in secondary education for 20 years, a member of the Board of School Without Racism and of the Committee Active Citizenship of the Flemish public education system GO! At present he is a member of the Quality Commission of the knowledge center for world-citizenship education Kruit and lector at AP University College Antwerp. There he teaches World-Citizenship, Inter-religious dialogue, Philosophy and Politics. Since 2019 he also works part-time for the Team Active Citizenship of the city education system of Antwerp, where his WELT pedagogy is applied in secondary schools. He is the coordinator of the Citizenship Olympiad for secondary education in Flanders.

The CivicLab website, editing of image and film material is by Maaki Production.

It provides the audiovisual production for the peace and justice “Hague Talks” events and has worked on educational documentary films such as “Class of 1943” and “Young in Prison”. Maaki Production is a team of all-around filmmakers that creates diverse film and video productions. Based in Rotterdam, it offers to develop concepts, do the filming and video post-production, social media strategy and websites for projects that matter.